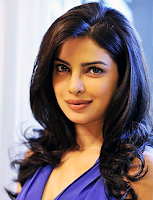 • Priyanka Chopra, the India-born star of TV's "Quantico" series, apparently was a bit confused when people kept handing her shots of tequila before such things as a red carpet celebrity walk and an appearance on "The Ellen DeGeneres Show," shots she obviously willing downed. Here's her take on it, excerpted from an interview with InStyle.

Describing her appearance in a white cutout lace dress for her first appearance on the DeGeneres show:


“I was trying really hard to get into that dress, so I hadn’t eaten all day, which little girls should not do. Please eat! I had that tequila shot and I was really wonky after that, just from one, because it was on an empty tummy.”


“I really started believing it was a very American thing. I was at the Emmys and it happened again. I was given tequila and I was like, ‘American red carpets have to start with tequila'."